How does the internet work? 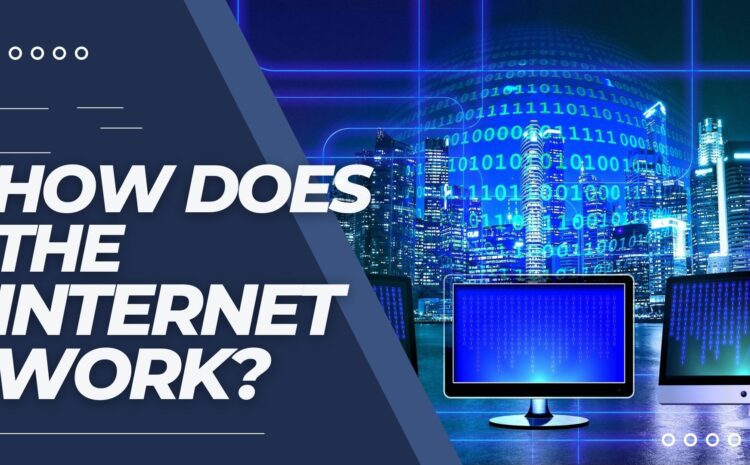 The internet is playing a big role in the daily life of people all over the world. In this blog, we are going to describe how does the internetwork. Today, people do all the work of daily life through the internet. If you have never used the internet before, then this information may feel a bit confusing at first.

Today we will try to answer some of your basic questions about the internet and how it is used, how your internet works.

What is the Internet?

Look at our others blog about technology:

Windows 11: Top new windows features – is windows 11 good enough?
Top 10 expensive laptops in the world
Top 5 of the world’s most famous logos and what you can learn from them
How does a computer mouse work? Computer mouse best function – Explained in details

How does the internet work?

There are two main concepts that are fundamental to the workings of the Internet: packets and protocols. Learn More

The first term coined by Donald Davis in 1965 is packet. It is used to describe a portion of data transmitted from one computer or device to another on another network. A packet is used because it divides data into many easily-managed “fragments”, which removes data more efficiently and protects network resources from being tied to a single, larger file.

What’s in the packet?

A packet contains a source, destination, date, size, and other useful information that helps to re-synthesize the packet in the right place and in the right way to create. Below is a picture of a TCP packet.

1. Another name of the packet is datagram.

2. Internet data is transferred as one or more packets. The most common packet is TCP packet.

3. Packet size is limited, so most of the data sent through a network is split into multiple packets before being sent and put together again upon receipt.

4. When a packet is transmitted through a network, the network checks the packet and its source to help operate the routers and switches in the correct position.

5.During this transition, network packets can be discarded. If no packet is found or an error occurs, it is resent.

What is Internet Protocol?

Internet Protocol (IP) is a set of protocols or rules for routing and addressing data packets so that they can travel through the network and reach their exact destination. The information is attached to each packet and this information helps the routers to send the packet to the right place. Appears.